When a friend calls you up and asks a favour, you step up... 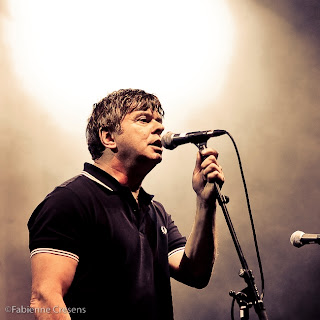 When Roger Marc Vandervoorde reformed Polyphonic Size a couple of years ago he saw it as a fun way of bonding with his two teenage daughters, one of whom is a very talented musician and is a student at the Brussels conservatory. The occasional gig allows him to mobilise old friends and re-jig old tunes.

After they supported the Stranglers at two acoustic gigs this year in Belgium I suggested that they might be able to improve their sound if they got a professional sound mixer. I found their sound not altogether great. They were then offered the Brussels Summer Festival if I would join them. Of course, I agreed although this year has been seriously busy and I've had a few distractions of the personal kind to contend with.

Louie Nicastro, the Stranglers outfront sound man and also our studio engineer/co-producer agreed to come along to help. He came by Eurostar.

This was a good opportunity to ride the 'Tiger' to Brussels (the Tiger is 1050cc Triumph kicking 118 horses and is all black). No rain predicted for the day I set off to have one evening's rehearsals with the current line-up. I was to sing five songs, Do the European (from Euroman Cometh), European Female, Winston and Julia, Je t'ai toujours aime and Walking Everywhere. From London it took me four and a half hours to get to Roger's front door. This included 35 minutes on the Shuttle. I got up to 137mph on the bike. Should have got much more, however traffic kept getting in the way.

Next day there was a warm up gig in the same rehearsal studio (Studio DaDa) in front of about 130 people invited through social media. 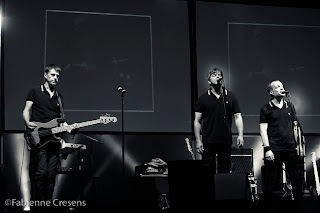 Day of the main gig and the weather had changed. In fact it was catastrophic for an open air concert. The Polyphonics were supporting Karl Bartos, a former member of Kraftwerk who I've previously met when he came to a Stranglers gig in Hamburg. It rained and it rained. Freak weather, even by Belgian standards. Down the road at a festival only 40 minutes from Brussels, in Hasselt, at Pukkelpop the weather had a disastrous effect when a stage collapsed killing five people. We heard about this just before going on stage.Nevertheless the gig went on in front of a damp but enthusiastic crowd of several hundred and not the eight thousand expected. 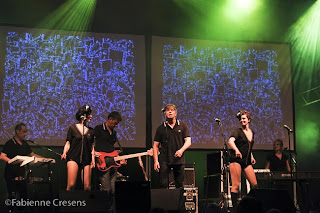 Polyphonic Size will be appearing at the Stranglers' Convention in November with Louie on the mixing desk and featuring an old friend on vocals.

Next day the sun shone and I rode back to London. With a hangover.

Do The European at Studio DaDa on Youtube http://www.youtube.com/watch?v=uEzO1yyRHkE

Slideshow of photos from the Brussels gig http://www.slide.com/r/LIGk0UIOwD98Q9JY6bJwnS6jblC5c_1Q?previous_view=mscd_embedded_url&view=original