No More Heroes-track by track 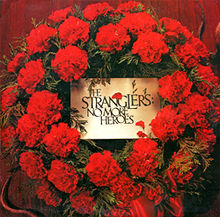 Thirty five years after the release of the band's second album No More Heroes, JJ revisits the album's tracks:

I FEEL LIKE A WOG
I can't actually remember a thing about I Feel Like A Wog! Hand on heart, I don't know who originated it. It feels like a JJ bassline as it's an easy bassline on the E and the A. The lyrics were Hugh's and they were based on our experiences when we went to Hamburg. After we played a gig there, we went to a club in St Pauli, which is quite a cool part of Hamburg where the Reeperbahn is. Something happened and we were made to feel very alientated. The term 'wog' is a fantatstic word, very emotive. When we played the Roundhouse five years ago, the Guardian reviewer said he felt even more uncomfortable about the word now than he did 30 years ago. It's a very emotive word, it works...One thing I can remember is that the National Front had a magazine called British Bulldog and apparently, in one issue, they said that we were a cool band because we had a song called I Feel Like A Wog. Completely misunderstanding the point of the song! It's the antithesis of that. That's all I remember now...

BITCHING
Bitching was written after our visit to Amsterdam with Fred Grainger (landlord of the Hope and Anchor) who tour managed us when we went there for a week. It's about our experiences with the produce that you can purchase in Amsterdam and various aspects of that trip, about being impoverished and having copious amounts of grass. I do especially remember that one night in a pub there that Dave was sick. He puked up into three pint mugs perfectly without spilling a drop and it was all purple!

DEAD RINGER
Dead Ringer was my riff with Hugh's comments about all the hypocrites in the scene at the time including 'Saint' Strummer and people like that who were turncoats. People who'd been mates only a few months before and then suddenly they didn't want to know us because we were successful and it being politically incorrect to have anything to do with The Stranglers. It was about that bullshit...

DAGENHAM DAVE
Dagenham Dave was my lyrics about a guy who was our earliest mentor. Unfortunately, on one amazing night, he took on the whole of the Finchlies at the 100 Club. We did see him a few weeks later at Aylesbury, where they had all made up. After that he wasn't right, he threw himself off Tower Bridge and into The Stranglers' mythology. Enough's been written about that over the years...

BRING ON THE NUBILES
Bring On The Nubiles was funny and very clever. It was my riff which I nicked off Miles Davis' Bitches Brew album. It's a seminal album as it's the first album where jazz & rock combined. I nicked that bass riff unashamedly. Hugh's slightly tongue in cheek lyrics were very funny and annoyed a lot of feminists all over the world. They took it at face value which so many people did all the time with Stranglers' lyrics. Irony? 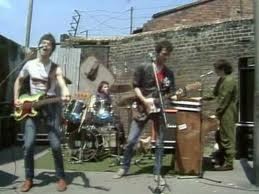 SOMETHING BETTER CHANGE
Something Better Change was my lyrics with Hugh's riff. This was written in the summer of '76. It was about the zeitgeist that was happening around then. Something was obviously afoot...

NO MORE HEROES
No More Heroes probably epitomised the feeling of Something Better Change perfectly. I did the music for Heroes while I was still living at Wilko's (Johnson-Dr Feelgood guitarist) flat. It was Hugh's lyrics.

PEASANT IN THE BIG SHITTY
I wrote Peasant In The Big Shitty a few years earlier. I wanted it to be a Beefheart type thing. Absurdist but the lyrics meant a lot to me, I knew exactly what I was talking about which were events that happened to me on acid. It's a 9/4 rhythm which is not very rock and roll. I had the idea in the ice cream van coming back from somewhere. I could hear the rhythm of the engine which was about to blow up at the time and wasn't running straight. I remember asking Jet 'what's this rhythm?' and he worked it out and I said 'Great, I'll write a song with that...'! Peasant In The Big Shitty was all me.

BURNING UP TIME
Burning Up Time was all my lyrics. It was all about burning ourselves out, taking speed and dying young! Doing everything very fast and to the limit with the Finchley Boys and everything.

ENGLISH TOWNS
English Towns was kind of a filler. For No More Heroes, we needed one more song. But, in fact, it kind of summed up my thinking about life in England for us at the time.

SCHOOL MAM
School Mam was my riff but Hugh's lyrics about his experiences at a prep school in Guildford. He was sacked for being too friendly and taking acid with his students which might be frowned upon! It was a nod and a wink to a song by the Velvet Underground called The Gift, which was about someone receiving a gift in the post, little knowing that there was a person wrapped up inside. They couldn't open it so they just stabbed it open with scissors and killed the person inside.

STRAIGHTEN OUT
Straighten Out was about the impending doom that was going to befall us all and the atmosphere at the time-kind of nihilistic... 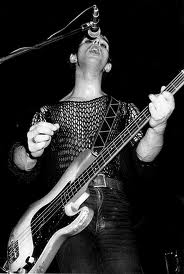 FIVE MINUTES
Five Minutes were my lyrics and Hugh's riff I think. It was about what happened at the apartment I was sharing with Wilko and a girl. She got raped one night. There were five black guys who did it and the main point, in the middle eight, was 'some say that I should hate them all' about all black people which was absolutely ridiculous and obscene. I just wanted to find those guys, I didn't use it as an excuse for hating all black people. How would you? I mean, if you have a bad experience in France, you say 'French bastards!' I find that all the time, I don't think they really mean it but it is easily done.

ROK IT TO THE MOON
Rok It To The Moon was a B side which I can't remember anything about! It was my riff though and it was prepared way after No More Heroes at Bearshanks at the end of '77.

Summer festivals and beyond... 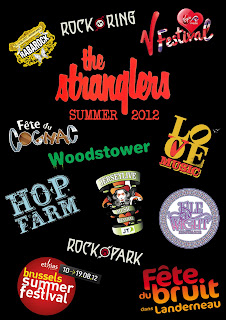 It has been very successful summer campaign! By today, the last day of August, it has been twelve victories and no defeats.People have been conquered all over the world... It's gratifying that we are still in such demand and I think it is a direct reflection of the work that we have put into the last few albums. It's also confirmation that somewhere there's a little place in everyone's heart for The Stranglers!

Jim (MacCauley-our stand in drummer) has been holding his own. He's done his homework and we're very grateful. When Ian (Barnard) asked us for the chance to work with Bombay Bicycle Club for the summer, after all these years with us, you can't refuse his opportunity. Our crew become like family and The Stranglers isn't a shut thing so if a guy wants to work elsewhere then we can respect that.

There have been quite a few interesting gigs. Estonia was great, the people were lovely there. In the drizzly rain in the Baltic in the very early summer and they were still there. The Isle of Wight was fantastic considering the bullshit and bollocks about the organisation. The island was in gridlock, 10,000 people were evacuated from the tent because of the weather. An hour later we were on stage playing-that was quite exciting. 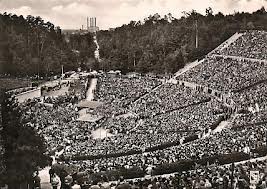 There have also been some memorable gigs. Berlin was amazing. Those Nazis certainly new how to build things! The Waldbuhne was quite impressive, the ergonomics of the whole place and how it was built. It was built for the 1936 Olympics for the gymnastic competitions I think. It's right by the Olympic Stadium in a wood in central Berlin. Die Arzte are the second biggest grossing band in Germany and I was touched that they came on stage before us and explained why we were there. They said they wouldn't have been there if it wasn't for The Stranglers! I was really touched that they, in the position they are in, were still very humble. Cool as fuck...

Nuremberg was another Nazi construction which was shown in early Nazi propaganda films of their first rally when they came to power in 1933. Now it's a venue for rock concerts. The Nurburgring is a famous racing circuit that has killed more drivers than any other track in the world. In Brussels, as the gig was in the gardens of the royal palace, I got booed as I asked everyone to make so much noise that the king would come out on his balcony! He didn't come out so I said he must be still asleep. People booed me and it was fantasic-god save them! The V's were great as lots of young people had never heard of The Stranglers got to see us. Cognac was a fantastic setting with charming volunteers helping to make the town festival a success. 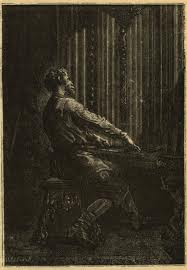 After the summer dates are over, I want to start writing as I've got lots of things that I want to explore. Personally I've also got to go to Japan and do some karate. The band need to take a bit of a break and assess what we want to do. We want to write and we want to record, but I don't want to take six years about it, as half the band members won't be around. I'd feel like Captain Nemo in 20,000 Leagues Under The Sea playing the organ by himself on the Nautillus as all the old veterans have died off one by one.

We are hitting on a huge creative strata, which resonates with a lot of people, both young and old, and I'd like to exploit that creativity. I have a great writing partnership with Baz, which is both creative and productive. I'd rather try and have one last gasp...