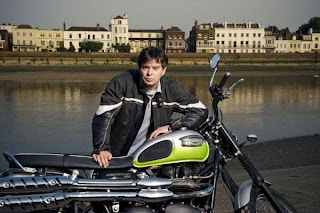 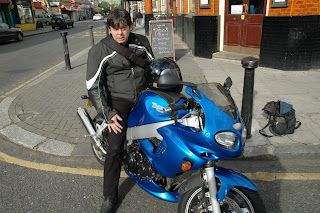 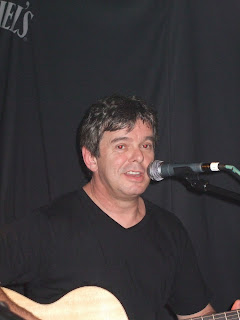 I met Julien Temple last night at the Mojo Awards. I was asked to present him and Wilko Johnson with an award for "Oil City Confidential", a documentary that he made on Dr Feelgood. I have to say I had the the chance to see this film a few weeks ago on BBC4 and I found it amazing. It was equally amazing to meet up with Wilko after so many years.
I shared a flat with him in 1977 and had an amazing time but our stay there ended when a girl who also rented a room there got raped by five men. We suddenly felt it was inappropriate to stay any longer and the place was then taken up by Billy Idol and Steve Strange and then Motorhead. This was the basis for the song 5 minutes. For a few seconds Wilko and I were completely oblivious to the large crowd whilst we hugged like the long lost friends we were. I thought it rather appropriate that Wilko was there on that day, the 100th anniversary of the birth of Howlin Wolf. When the Feelgoods were in their prime we called their music RnB. Rhythm and blues. Nothing like what they are calling by the same name now.
On the same table as me was Peter Hamill who was at the Rainbow gigs in Hugh's absence. Also Jean-Michel Jarre who was very courteous and complimentary about the Stranglers. Although he was also complimentary about my French, I was woefully aware that I have an English accent when I speak it! Opposite me on the table was a geezer called Jarvis Cocker who blanked me for the whole dinner and to my right a bloke from the US, Anthony Hegarty who is a singer in a band called Anthony and the Johnsons and who introduced me to his friend, Mervyn. He seemed to attract people such as Rufus Wainwright and Marc Almond who is a guy who once moved hotels when he learned we were staying in the same hotel because we were scary!
Funnily enough when I was backstage being photographed with Mr Temple he informed me that he had been at the same school as Hugh Cornwell, and they used to squirt ink at him because he was a prefect and, apparently, a real c**t. I said nothing........

JJB 11th June 2010
Photos of JJ on the night can be found here
Some more have also been posted here
Posted by ratter at 8:58 AM 27 comments: