SOMETIMES
This was one of my bass riffs. The opening line was about Hugh's inability to control his temper with his girlfriend at the time, Caroline. If I recall, it was based on a Doors song 'Love Her Madly' from the LA Woman album. It's kind of that feel...

GOODBYE TOULOUSE
It was mainly my lyrics, it was Hugh's chords. It was a 6/8, a kind of weird double-waltz time. I wrote the lyrics. There was a nuclear power plant near Toulouse and, at the time, we were swapping all our Nostradamus books around each other. He claimed that there was going to be an explosion in Toulouse. Then I wove in some medieval story about some beautiful girl in Toulouse who was paraded on her balcony. The lyrics were mine.

LONDON LADY
London Lady was a Hugh riff as well with my lyrics. It was a synthesis of a few ladies that we were meeting at the time, one of them being Caroline Coon. She was a journalist for the Melody Maker who was a champion of the Pistols and the Clash, who'd come on to me at some point. It wasn't about one particular woman, it was a kind of synthesis of lots of women.

PRINCESS OF THE STREETS
Princess Of The Streets I wrote entirely. I thought Hugh's guitar lick on it was brilliant. It was a bluesy thing about my ongoing relationship with Choosey Susie at the time. She'd dumped me again, once more! 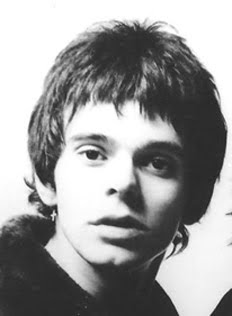 HANGING AROUND
A lot of people thought that whoever sang the song, wrote the lyrics, which was not the case, certainly not on Rattus. I wrote most of the lyrics to Hanging Around, and the chords. Hugh came up with the actual 'hanging around' lyric but I did most of the verses. I wrote it when I was staying with Choosey Susie in Finborough Road in Earl's Court, when she was doing her nursing training. Just around the corner, in Brompton Road, was the Coleherne Pub and on the other side was Boltons. The Coleherne was more for the leather gays and Boltons was for the traditional campy ones. Outside the Coleherne, there was a bus stop and you'd see guys coming off the bus with motorcyle helmets and leather jackets. Susie and I walked in there one day to be confronted by the doors being locked after us by a huge guy in a leather jacket and leather cap who was blocking it. There was no turning back! We had half a pint in there getting stared at. The first time I walked in there, by accident, I was quite impressed and slightly intimidated actually.

PEACHES
We had a little 500 watt PA and, just to augment any income whatsoever, we hired it out for a reggae night which I think it was in Acton Town Hall. We went there with Choosey Susie on Saturday afternoon to set it up alongside another PA which had loads of bass speakers. I remember distinctly that we were the only whites there. While we were setting up, the was a whole group of black guys passing a spliff around. We hung around them but the spliff got passed by us as if we were invisible. My over-riding impression, because it was dub and toasting, where they talk over a bass and drums rhythm, with a delay on the snare. I remember going back to Chiddingfold and thinking I'd never heard bass so dominant before. I thought it was fantastic, it blew my mind. It was all about space. Lots of bands were doing lots of notes very fast. Next day I came up with this riff as I had to do something similar in that vein. Over the next few weeks, we developed it and Hugh wrote the lyrics suiting his penchant...

(GET A) GRIP (ON YOURSELF)
Get A Grip On Yourself was entirely Hugh... You can refer to the 'bible' (Ed: Song By Song) if you want to know.

UGLY
I think I wrote Ugly entirely, the riff and the lyrics. I wanted it to sound like a Dr Feelgood thing at the time. Of course, every time we tried to emulate something, it ended up being Strangled! We always missed the point. With Peaches, we missed the point as well. We wanted to make it a reggae thing but the snare wasn't on the reggae beat, the third beat. We always got it wrong but somehow it worked. Ugly was just a rant about money and poverty and about how the ugliest blokes in the world, as long as they've got lots of money, always end up with glamourous women. I don't know how that works!

DOWN IN THE SEWER
Down In The Sewer developed over quite a period of time. I had the original riff, which was more like a Beefheart thing. I remember writing that when Choosey Susie and I went to Normandy for Christmas to visit my grandparents. I had my bass with me in a really heavy wooden case that Jet had actually made for me. I took that with me and came up with the original Sewer bass riff. I wanted it to be more like a Beefheart thing like Rockette Morton did. Then we added bits over the course of about a year. I added the melody. Hugh wrote the lyrics which were great I thought.

GO BUDDY GO
That's an old story. I wrote it when I was fifteen. It's a marriage of Hendrix's 'Hey Joe', which was a big hit when I was fifteen, and the Beach Boys and I stuck them together. It was about one of those sad little school dances that we used to got to when you tried actually making contact with a female and they'd look down their noses at you!

CHOOSEY SUSIE
Choosey Susie was about my then girlfriend Susie. It's based on a riff which we've used before 'All Day And All Of The Night'. It was also nicked from the Kinks by the Doors for 'Hello I Love You', which they got sued for. Choosey Susie is the same...