Another busy year over...

Well...here we are again…the end of another year is practically upon us , and it falls to me to sum up the last 12 months…and to look forward to the next few coming…

The UK tour of course was the highlight of the year for us, and we had an alarmingly good time…the whole tour was a sell out , and we revelled in it…It’s always lovely to play in front of our ever growing family but there seemed to be an extra element of excitement in the air for each gig…and it surprised us all…so much so that we immediately made plans to do a smaller tour in the summer to some other cities and towns which are usually (and unfairly) left out of most bands touring schedules (see my summer blog here) and we really enjoyed that too. In between we did another fairly long European tour which included 4 gigs in Spain…an unusual amount for us, but which was tremendous…must try and get back there again… 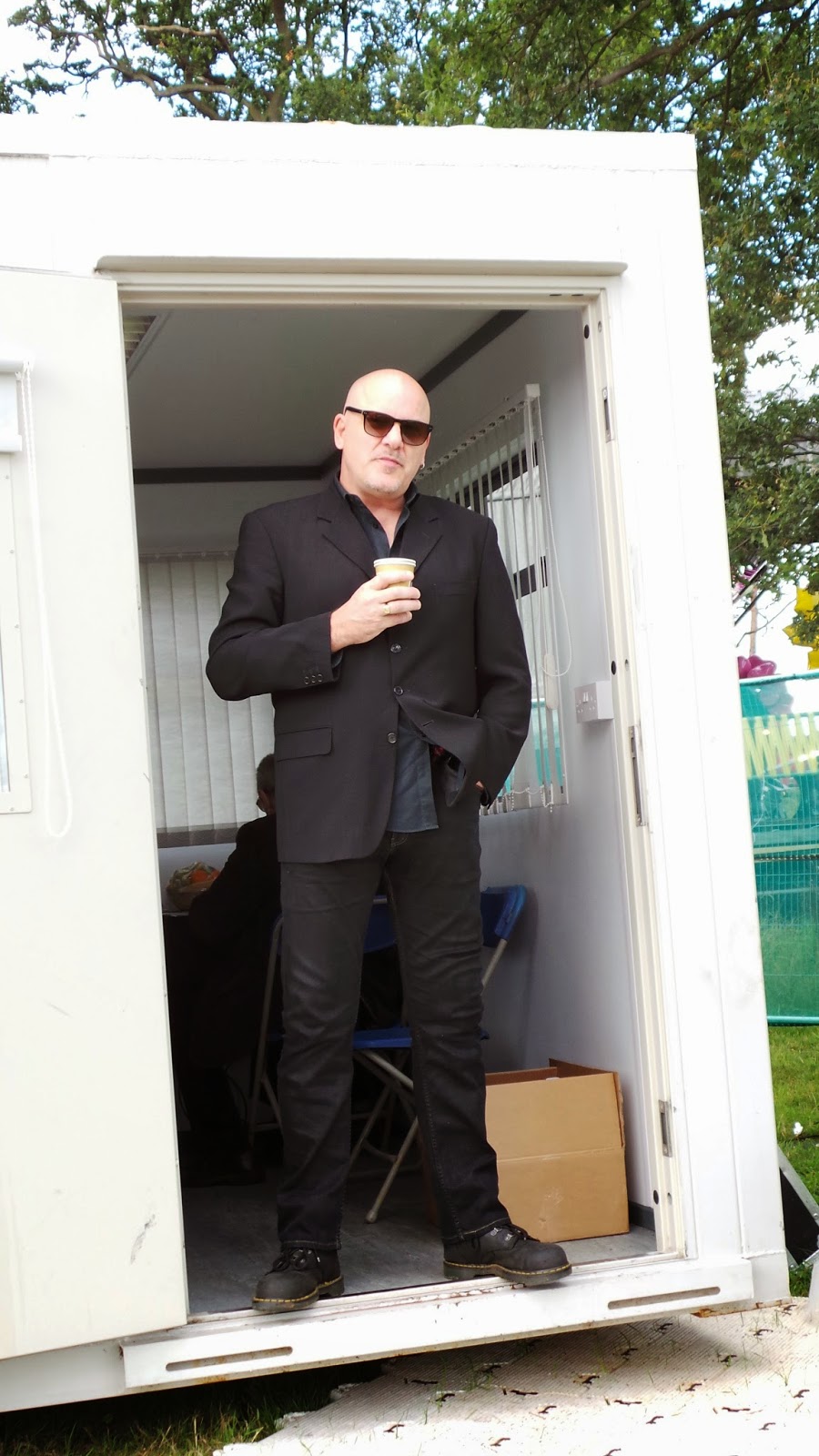 The summer festival season seemed to grow again this year for us, and we played right across Europe…including quite a strange trip where we flew to Luxembourg, had our hotel in Belgium ,and did the show in France…We did a nice little one in God’s back garden, the Lake District, and for once were treated to almost perfect weather there…there can’t be many more beautiful places in the world than the Lakes when the climate is good…

We also revisited the V Festivals and T in the Park, receiving fantastic receptions again, and marvelling at the 1000’s of kids singing along to all our songs…old and new…

We finished to season at the end of August in Ireland at the Electric Picnic which was a first for us and was one of the highlights among many during the summer…JJ and I swearing and having a lot of fun on TV there during the afternoon…which was all broadcast…I know I have a penchant for obscenities and most of the time I really don’t care what people think, but they asked me for a story, I told them it involved swearing and they said it was fine…it’d be edited out by the time it was aired…but it wasn’t and they showed it all…very cool about that the Irish…


And so we went our separate ways for the rest of the year…just addressing life really, and being pretty normal…speaking to each other every week and keeping in contact…I had some knee surgery which had me out of action for 3 months, JJ went to Japan for his 7th Dan…Jet and Dave kept busy with their various projects and things…and life goes on…normal stuff I guess…

Can’t really say much about the new year yet as it’s all starting to take shape as we speak, but there is of course a tour in March which we’re all gagging to do, and a trip to Russia, which is a first for me…looking forward to Moscow…then we’ll see what the rest of the year brings…We’re all looking forward to seeing each other again and getting stuck back into what we do best… See you all soon and have a good Christmas and even better New Year… 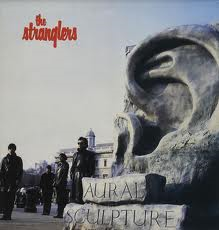 Released in November 1984, Aural Sculpture was the band's eighth studio album. JJ talks us through each of the album's tracks although his memory is slightly sketchy of certain tracks as it was a period of some major personal issues for him:

At the time, when we were preparing Aural Sculpture, I had a lot of studio equipment in the back room of my house in Cambridgeshire including a Linn drum. Dave was living just up the road in Cambridge. He would come around to mine, we would go to the pub and play darts for a couple of hours, have a few pints and then we would work through the night, sometimes until two or three in the morning. I was getting riffs together and Ice Queen was my riff with Hugh's lyrics. The lyrics were about his girlfriend in New York who was a model. For me personally, the brass section's finest moment was when they came in on Ice Queen. It was the best manifestation of the brass...

That was originally a little blues riff of mine, Hugh took it away and wrote the lyrics to go with it. It was a little blues thing which I've since played on some of my acoustic dates. Between the ages of 14 and 17, my parents had a restaurant in Godalming, Surrey and there was a pub in the village which had a blues club every Sunday night. I saw lots of bands before they released their first albums there, Peter Green's Fleetwood Mac were the most notable, although there were loads of other bands. I kind of played about with blues riffs as I liked the blues. I still like good blues musicians.

LET ME DOWN EASY

This was my music again and Hugh wrote the lyrics about my Dad (who was gravelly ill at the time) and I was very grateful that he did that. Hugh knew my Dad and came down to see me in the south of France when I was looking after him. I had spent the last month with my Dad who was in awful pain. Doctors and nurses were coming every day to give him injections to alleviate the pain. I used to carry him out onto the patio so he could get a bit of daylight. My Dad had died by the time that the album was released. It was very sympathetic of Hugh...

Definitely Hugh's lyrics. Epic were putting quite a lot of money behind the record and we were starting to do quite well in various places. No Mercy was deemed a worthwhile single so we did a video for it. It wasn't a bad video actually as I recall. We were dressed up as doctors and also appeared as ghostly sax players. 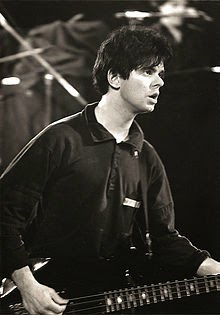 That was mine, just a JJ 'where things are now' song. It was one of my melancholy songs about the very strong images that had occurred during my life, while I was growing up. The 'Orange road burning' was about the self immolation of Buddhist priests during the Vietnam war, setting themselves on fire. The 'Youth on fire' referred to Jan Palak, who I'd talked about before on Euroman. The 'Metal machines...' line was about the Prague spring in '68, when the Czechs tried to be much more liberal and the Russian tanks just rolled in. 'Two generations' referred to the two world wars, 'Birth pains' was about the birth of Israel and what I remembered about the Yom Kippur war. 'Freedom in the shape of disease' was about AIDS, suddenly this new word AIDS had arisen when we were writing Sculpture. It was an unknown disease then. 'Kids whose bellies' was about the west and the rest of the world having so much food while there were images of kids with huge distended bellies starving on television. The title North Winds referred to where I was living in East Anglia which was subjected to winds from the North Sea and it gave a melancholy feel to living there...

Originally Uptown started off as a more RandB track but it changed once we were in the studio with Laurie. Hugh's lyrics referred to taking Cocaine rather than anything related to horse racing.

No fucking idea!!! I don't know how that got on the album, I must've been asleep... Aural Sculpture was a labour of love between Laurie and Hugh to be honest. Dave and I were almost secondary and we weren't seeing so much of the others, apart from crossing paths in the studio. 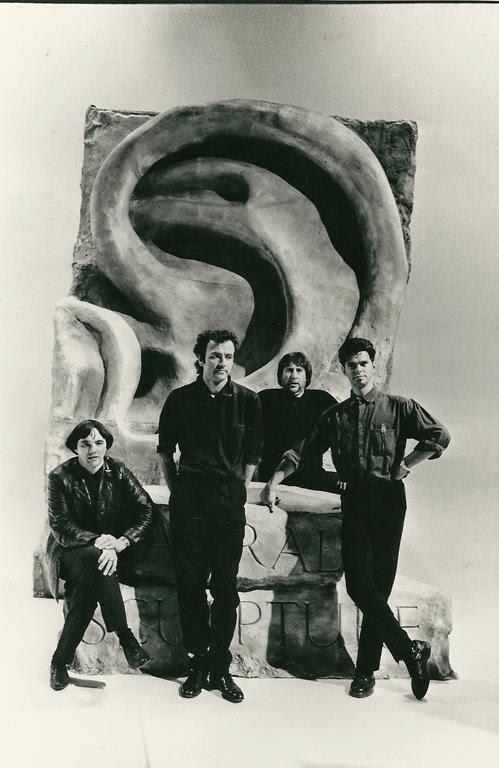 I used the Kinkade acoustic bass on that. Hugh was going to Spain more and more often and he had read a book written by Franco's daughter. We used a recording of her voice on that song. The lyrics were inspired by the Spanish Civil War.

It's an entirely Hugh song. The lyrics are about Marvin Gaye who had just been shot by his father before we started recording the album. We used an unprogrammable drum machine on this track, like I had used on the Euroman album, which was a Laurie Latham idea.

Quite a nice track with Hugh's lyrics about the ancient Mayan culture in Mexico. Hugh had a big contribution on this album, a lot more than mine, and I can't recall much more about some of these tracks. It's a long time ago and it wasn't the best time for me with my Dad's illness... I wasn't too complicit in the recording and was a bit detached at the time.

Mad Hatter was another Hugh track. It was about his little clique in Bath. He had these sycophants, all posh Bath boys who laughed at all his jokes. They weren't healthy for Hugh I think.