35 years after the release of The Raven, the band's fourth studio album, JJ recalls the inspiration behind each of the tracks that make up one of The Stranglers most loved releases:


An instrumental setting the scene for the album and another 6/8 fast waltz time. By the time we had started to prepare The Raven, The Stranglers were getting invited to play abroad, we had started to travel and we had foreign experiences. As a result, we were starting to take in what was happening all around us. With our traditions as British people, and as a Norman person as well, the longship seemed to be an appropriate thing, the Vikings, the Raven, it all gelled…


The symbolism of the track was about Huginn and Muninn who were the two ravens that sat on either side of Odin’s shoulders and whispered in his ears. They went around the world telling him what was happening, the gossip and the news. It seems crazy as, if he is king of the gods, then he should know, he should be omniscient. They reported back to him and we felt like we were experiencing things first hand in different countries and we were reporting back too. It’s an album of reportage on what was happening in the world at the time. We thought that it was a tremendously strong symbol to represent the album. It was quite a brave new world in some respects because we were moving away from our sound as there were quite a few polyphonic synthesisers in it like the Oberheim. We were getting out of our comfort zone. The line ‘My friend you’re black…’ was partly about Dagenham Dave and racism because the Raven is a black animal.  I tried combining a lot of imagery and a lot of other things that were on our mind together. You can take the meaning at face value, but it also means different things on other levels. That’s what I was trying to achieve. It has a melody, it builds into it, it has a theme and it’s quite a complete piece. 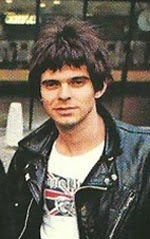 
It was about our first impressions of LA and what we felt about it. We initially thought that there was some kind of superficiality about the place. It’s lots of towns stuck together, it’s like Milton Keynes in a way. People who live in LA just dream of success in cinema or in music. Initially it was cinema then the American music industry based itself there too. It just so happened that they had dug up a massive mastodon at the time that we were there so we just stuck that in. Using the two basses was quite an experiment, I’m not sure who’s idea that was, but we were experimenting quite a lot with that album.


Lyrically it was about when the Samurai in Japan committed Seppuku (ritual suicide), they made themselves up and put rouge on before they got beheaded by their chosen beheader.  The keyboard is really difficult as it’s not sequenced but it’s actually played. I remember Dave taking 2 or 3 days at Jet’s learning to play the sequence manually. Live, it’s really fucking difficult to get right and it takes the whole track out of sync. The drums and bass kept it together but, because the keyboard was used percussively on the track, if it’s not right then it’s completely out. We had fun recording the breaks in it as we had bottles in the studio which Jet smashed and you can hear him grunting.


Baroque Bordello was the result of a week in Umbria and it was a fantastic time out of our comfort zone. We came out of it with Baroque Bordello which I think is one of the most beautiful songs we have ever written. It’s also one of the most complicated songs to play because the guitar is the most complex thing that Hugh ever did. I think that the guitar and bass meet up every eight bars or something like that. It’s a guitar sequence that doesn’t fit into a bar. I think Hugh’s singing in it is superlative, it’s one of his best vocals. I think Dave’s keyboard solo in it reaches for the sky. Everything is good in it, it’s a perfect song as far as I’m concerned. A masterpiece…


Nuclear Device is about Joh Bjelke-Petersen who we experienced when we went to Australia earlier in 1979. We got arrested by his thugs in Queensland, we experienced the brutality first hand in Brisbane. We got attacked onstage, I didn’t know that the bloke who was attacking me was a cop, I just hit him! He was being really aggressive and I was trying to defend myself. We had to escape over the state line. A group of three people or more constituted an illegal gathering. It was like a police state, like the early sixties in Alabama or something. His party was the Country Party and ranchers voted for him.In Australia, 90% of the people live in cities on the coast. He gerrymandered and changed the voting and made the votes of the ranchers who voted for him worth three times more or something. There’s a place called the Gold Coast and it was meant to be a beautiful area and he gave planning permission to the Japanese to build hi-rise buildings there. He also sold off traditional Aboriginal lands for the Uranium. He was corrupt and not democratic and we were subject to his bullying tactics. 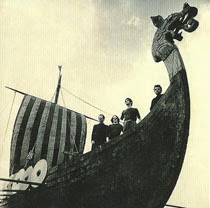 
The Ayatollah at the time had been living in France and he’d just moved back to Iran. We weren’t experiencing it but it was in the news and in our faces. Everything was happening and, for us, it was fantastic. It was more reportage on the world.


We were indulging (with Heroin) at the time, Hugh was the first one. We all decided that we would try it. We were experimenting with ourselves and it provided us with some inspiration. Jet and Dave were sensible and decided that they wouldn’t go far with it. It culminated in The Meninblack album but that’s another story. The line ‘With a friend like him, who needs enemies’ says it all really. I don’t want to glorify or glamourise it. It has relevance to a lot of people in the world because of the subject matter but it’s something I feel awkward about now. I’ve seen so many people die through it and I think that some fucking arseholes glamourise it because they think they’re being risky and on the edge. They don’t know what they’re talking about. Don’t get me wrong, it’s a great song, I think it’s beautiful personally, it’s just a bit awkward. It was on Top Of The Pops but they didn’t know what it was about!


I found a riff for that at Jet’s. Hugh had been dating some posh bird, as he did. We put the two together and it was an instant pop song. We had great fun doing the video and the unsubstantiated paedophile C**** R****** objected to it and the BBC pulled our vid. The vicar was more than pleased for us to film the video there.


The Meninblack was the reason that Martin Rushent didn’t produce The Raven. It was the first track that we started doing and we slowed down Two Sunspots which we had at the time. He just walked out of the studio, he didn’t think that we should be experimenting with stuff and we were on it, we wanted to. It was something that we were interested in, the subject matter was esoteric. We just got the Vocoder which we were experimenting with too. 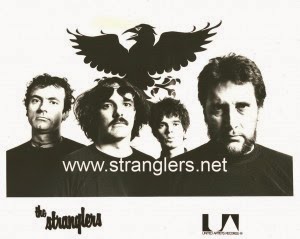 
Obviously Hugh’s lyrics, because he knew about those things being a scientist & a bio-chemist. It was quite a precursor to the modern age because DNA had been mapped out then.  I thought that it was a tour de force and it was wonderful to play. It’s a musical challenge to play, definitely muscle flexing. Basically it’s four solos going on through the whole song until we rock it out at the end. We developed it over weeks if not months and Hugh and I worked on it late into the night. It starts to develop its own shape and personality. It gave us all a chance to shine and show our virtuosity at that time. Dave’s voice has a certain quality that makes it a bit scary and we thought that it would lend itself to the subject matter perfectly.


It was written about our management at the time. They wanted us to split up and reform in three years’ time and make a fortune. We said ‘Fuck off!’ We looked at each other and knew that it was the end of the relationship with them…


A reworked instrumental given a title to fit with Nuclear Device.


It’s about GMBH, the German equivalent of Limited Company. It’s another sort of travelogue written about Berlin. We spent a lot of money on a video for that which was crap! It did fuck all as a single…