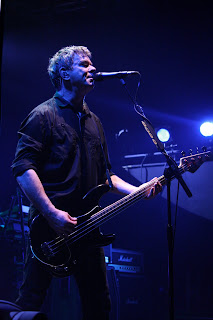 It's only two weeks ago that we completed two months of touring in the UK and Europe. It seems a lifetime ago already.

After what was described by SJM, our promoters, as the most successful tour in the UK so far this year by any artist, we embarked on a European jaunt. Before we actually started the tour it was evident that there was more interest in the band, and more precisely Giants, than there had been for many years. The number of interview requests and reviews is a fair indication and we didn't have the time to fulfill them all.

Looking at the schedule I should have realised that it was going to be a hard slog but I didn't really think too much about it. It's only when you have played six shows consecutively and five nights on the trot, twice, that you appreciate a night free in a real bed as opposed to travelling on a bus from venue to venue and often from country to country. 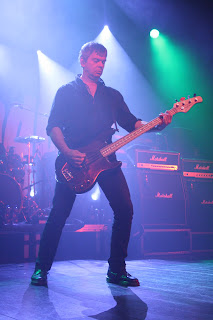 It was incredible to me to recognise the number of Brits who would appear at the different venues in the various countries and who would really affect the vibe of the gig. In a most positive way. I don't think there was a night when there wasn't a Brit who had made the journey to some part of Europe to see us. The gigs were all packed, apart from Italy, which, interestingly enough, was the only country where we didn't have any promotional requests from. And even there, they were noisy too!

During the tour I lost five kilos (about 11lbs) and my jeans could slide over my arse without undoing a thing by the end!

Eating becomes an issue since we don't want to eat later than 6pm if we are on stage at 9pm. Lack of sleep also becomes an issue but the response from the audience reinvigorates you. I think that we changed the set list more on this tour than any other ever. Because we could. We had rehearsed more repertoire than ever before. 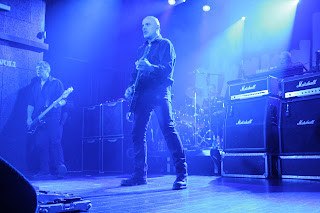 All in all a great tour, knackering but great fun. My only regret was that Jet wasn't there to enjoy the warmth and appreciation from the people we played to but, in his way, he had prepared Ian to cover for him during his absence.

By the end I was thinking "How long can my body take this gruelling schedule? How many more years can I keep doing this?" and now there is talk of doing something similar next year because the promoters in the various countries have all voiced an interest.