Feel It Live round up

﻿
As I sit here with my crutches by my side, I suddenly find myself with a bit of enforced time to reflect on our latest tour.

I must explain that, immediately the tour was over, I had an appointment to reconstruct my ACL (anterior cruciate ligament) which I tore last August whilst training. It is just a reflection of how busy the Stranglers were last year that this was the first opportunity that I had to have the operation and recover in time for more action on the Stranglers front.

So, apologies to anyone who thought that I wasn’t jumping as high or as frequently as usual. Like Steve of the Finchleys!


A successful tour. Even more people came to see the Stranglers this year than last, according to SJM-our promoters. and bearing in mind that overall the numbers on tours throughout the UK this year are 10% down on last year. In anyone’s book, that was a success.

We even managed to play in a few places like Carlisle and Salisbury that we haven’t played in for ages. I remember last time in Carlisle some bloke threw a pint of beer over me, which elicited what I imagine he expected, only for the police to come looking for me at the end of the concert following a complaint from said miscreant! I left through one door, they entered through another! Keystone cops!


Even the last gig in Croydon, which we thought would be a bit of an anti-climax since it was added to the itinerary after the Roundhouse sold out so quickly, and was after what has become our traditional last nighter in Manchester AND is a seated venue, turned out to be a great night. So many familiar faces. Quite a few people came to several of the shows, all over the country. I suspect there are some very understanding spouses all over the UK. ﻿
This tour we managed to change the set more times than usual. This in part due to the fact that we had to learn and rehearse two sets, one for just Jim alone, in case or when Jet didn’t participate, and one including Jet. And only Jet can play Genetix. It was already decided beforehand which gigs Jet would be able to make and which were just logistically impossible for him to do. Some stages just couldn’t handle two drum kits on at the same time. Our road crew who can probably play the instruments better than any of the band found it to be the best tour that they had been on. And these guys don’t only work with the Stranglers.
﻿ ﻿
However, all good things have their counterpoint and the first of these was the news that an old friend and fan of the band had finally succumbed to his cancer. Graeme Rennie died on March 9th. Graeme had met Nichola Still, who had been helping out with SIS many years before, through the Stranglers (In fact I’ve since learnt that quite a few couplings are on account of The Stranglers). Graeme was a Scot and Nichola was from the south coast. They had decided to emigrate to Perth in western Australia and were living the dream. Theirs was most definitely a love match. They had even bought their tickets to come and see the Stranglers in Sydney and Melbourne in December when we were playing there with Blondie. That would have been a five hour flight but, sadly. due to his illness they had to cancel... 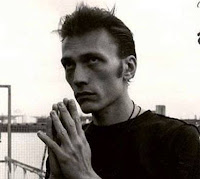 At the beginning of the tour it was announced in France that someone that I had known years previously had passed away. Some of you may remember Taxi Girl. They supported us on, I think the second La Folie tour . And had made quite an impression. I had actually produced their first and only album 'Seppuku' and had had to bring Jet in to do the drumming on the album following the death of their drummer at the age 19 just weeks before going into the studio. Daniel Darc had since the demise of Taxi Girl forged a considerable reputation as a poet and recording artist. Our paths had crossed a few times in the intervening years and his loss will be keenly felt.

As many of you also know, my dear friend Wilko Johnson, who was my flatmate in 1977 and was a mainstay of the original Dr Feelgood, had also announced just before the tour started that he would be embarking on his last tour after being diagnosed with non operable cancer.

Good news and bad news. The only connection is that both fill me with wonderful sweet memories.
JJB/13th April 2013
Posted by ratter at 11:05 AM 47 comments: